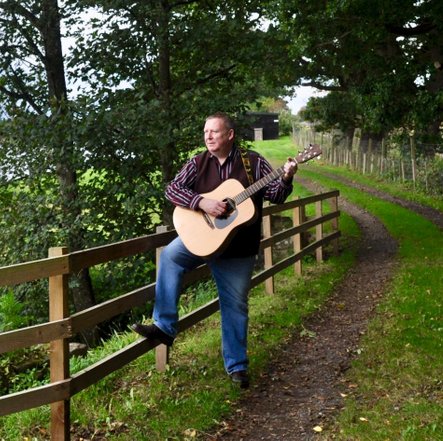 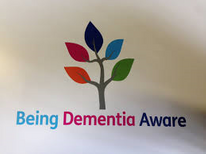 Working within the care sector is one of the areas in music that Callum finds so rewarding.He has been Entertaing reidents in care homes and hospitals since he was 11 years old and has traveled all over  Scotland and England. Over the years musical tastes have changed as people get older but the main thing is that Callum takes them back to there youth and what they liked in there day.Callum always trys to arrive early to get the chance to have a chat with some of the residents and its always good to here about there many storries from past and present day.

Concerts generally last 45 minutes to an hour and are full of lots of good songs and sing along material and a wee story or two thrown in for a good laugh along the way.

Callum also works for Music in Hospitals & Care Scotland, a registered charity who's aim is to improve the quality of life for people of all ages in care through the provision of professional live music. Concerts take place in hospitals, hospices, care homes, day centres and special needs schools, bringing the benefits of live music to people who need it most.

The performer communicated well with the audience. The songs suited the residents well.The atmosphere was very good. It was a nice change to have someone new and the residents thoroughly enjoyed it and would like him back again

The concert was a great succes to which we had 34 residents which is a very good turnout. Those who could dance, did so. The residents were alert throughout which does not always happen. They said that the selection of songs was great. The performer had a great personality, The felt relaxed & happy.The residents were smiling into the evening !

Here are a few old favourites i do in the care sector,  of course you can also look under the main song list for many many more.

Your cheating heart/ king of the road

For TheseAre My Mountains

Scottish War Blinded members were treated to a concert of popular, country and traditional songs at the Linburn Centre.The concert was performed by guitarist and singer Callum Wallace in partnership with Poppy Scotland and Music in Hospitals.

“I work through Music for Hospitals, which is a great organisation, who send artists like myself to perform concerts all over the country including the islands. Music is great for health and well-being, it’s amazing how positively it can impact on people and that’s the reason I am here today.”

Members enjoyed the opportunity to clap, tap their feet and sing along to a wide repertoire of songs including ‘The Northern Lights of Old Aberdeen’, ‘Country Roads’, ‘It’s a Beautiful Day’ and ‘Sweet Caroline’.

“It’s been a wonderful afternoon, I have really enjoyed myself singing along to so many songs. I love singing and used to sing in the Army, at Christmas as well as at dances. I thoroughly enjoyed performing with Callum.”

It is hoped Callum will return for future concerts which our members will certainly look forward to. We offer or sincere thanks to Callum, Music for Hospitals and Poppy Scotland for putting the concert together.

“It’s been pleasure to meet the members today at the Linburn Centre who all enjoyed the songs and were smiling away; a job well done in my eyes. You always get a character in the group, as I’ve always discovered, and Peggy certainly stood out today. It was lovely to have the opportunity to perform and entertain members at Scottish War Blinded.” 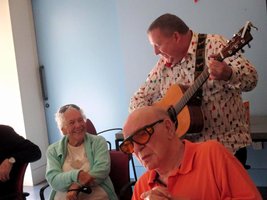